May 29th Action in Union City 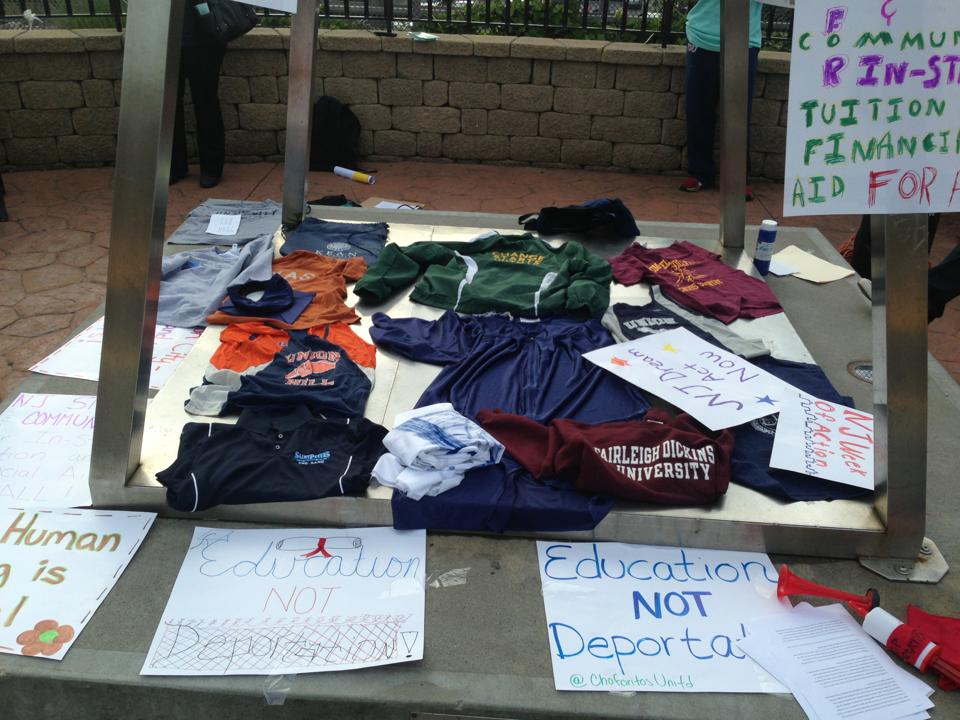 Today we take a stand to support the long awaited DREAM Act. Together with organizations all around the state of New Jersey, We the students demonstrate they are tired of waiting,We are taking the streets and raising awareness, the student movement demands the NJ DREAM Act NOW!!

Along with various Organizations in the state of New Jersey, Union City's Choforitos take a stand to support the DREAMers on their state wide campaing for an In-State-Tuition Equality Bill. There is currently a senate and a assembly bill on the table ready for our legislators to call the bills to committee. Senator Johnson (Assembly) and Senator Ruiz (Senate) both Champions of the bill will be the people in charge up putting the bill for a vote later this year.

Oops, you forgot something.

The words you entered did not match the given text. Please try again.